It’s been a long time since we heard talk of a Philips Android handset, but over in China the company have just announced the Philips V900. Headed initially to China Mobile, the V900 has a 3.5-inch WVGA capacitive touchscreen, triband GSM/EDGE, WiFi, Bluetooth and GPS, and runs the OPhone Chinese Android build. 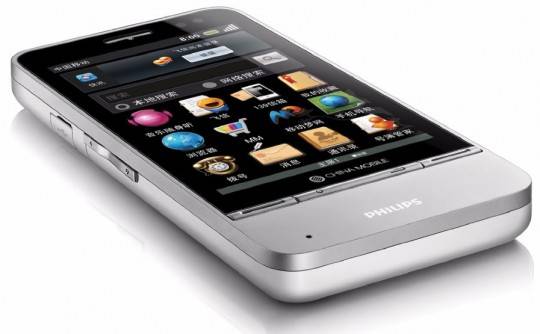